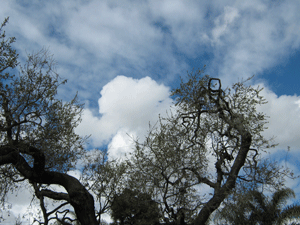 Let’s see… the last post was in MARCH… that’s a pretty good indicator of how busy things have been.

Starting with where we left off, school. When I last posted about school things were about the middle of my second semester in Powerplant. I did finish the semester and wrapped up almost all of the projects I had planned for the term. Back around the beginning of the semester there was some discussion about the possibility of me teaching once I finished the semester, got my Powerplant rating with the FAA, and finished my degree in Aviation Maintenance Technology. The semester ended with no major surprises and I earned my Powerplant rating shortly after. Finishing my degree however, that was a different story.

I started the summer semester taking 10 units over the 16 week term. Public Speaking, Cultural Anthropology, English 1A, and a P.E. class. I was so swamped with the Public Speaking and Anthropology classes that the English class was falling behind and the teacher kept adding more reading assignments. I also managed to injure myself enough that the P.E. class was absolutely going to be a no-go. I ended dropping the English class and the P.E. class from my summer schedule and registering for them in the fall term. I completed the Public Speaking and Anthropology classes keeping my 4.0 but I don’t think I could have done that if I didn’t drop the others.

As the summer session passed and the fall session rapidly approached there was a lot of administrative posturing before It was clearly determined that I would in fact be teaching. I completed my AMT classes and certificates, I completed my FAA certificates, but I was still short 4 units on my degree. Now that the fall semester is coming to a close and I am almost done with my English and P.E. classes, I am also almost done with my first semester as an instructor.

Academically this has been a very full two and a half years, especially this last six months. I think I have spent more time prepping for teaching than I ever did studying as a student in the aviation class. At the same time I have been trying to keep pace with my english class and find the motivation to go to my P.E. class which is very inconveniently timed. When all is said and done, it has been a very challenging year and to date I have managed to meet the challenge. I will be very happy when I have finished the degree.

As if all of this wasn’t enough, I have continued my recreational study of sustainability systems and even managed to take my first Amateure Radio License test and earn my Technician class license (KK6GXG). Along the way I have been doing various projects around the house, restoring a few tools, building a radio antenna, and I am currently working on another radio project so I can use the new antenna, a 4:1 current balun.

I have a huge list of projects that I plan on getting through by the end of the summer including making some tools, building a few furniture pieces, upgrading my amateure radio license, getting a commercial radio license, and get some more around-the-house projects done. During all of this, I also want to spend some more time on my writing, including being more active with my blogging. Oh ya, and I have a huge reading pile to get to as well.

That’s a lot of stuff to do but I am looking forward to making some serious headway on my list. Today was a good move in the right direction. We finished the built-in desk, work space, and shelves in my son’s room. That was a project that was spread out over several weeks, but it is finally done. I also did some work on the balun radio project. I completely disassembled the coffee maker, cleaned it up and put it back together. Just brewed a fresh pot too. I also took apart a lamp that has been giving us a bit of trouble and fixed that. There is so much to do and so little time to do it all.

Anyway, it’s been a busy year and I don’t see it getting any less busy any time soon. Hopefully it will be equally productive.