Here we are, the first week of April. What has KK6GXG been up to since posting last month. Not a whole lot. 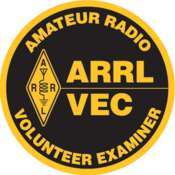 One significant note, I have surpassed the 25 session count as a Volunteer Examiner! I am now up to 27 sessions. Yesterday (4/4) was also my 1 year anniversary with the Silicon Valley VE Group. I have been a VE since December 2014, but I didn’t begin working sessions until April 2015.

Working the sessions as an examiner is something I enjoy a great deal and I am always excited to see who shows up to the sessions. It is such a diverse group of people coming together in a common interest. Amateur Radio is all about diversity, and sharing common interests often regardless of  geopolitical boundaries.

I love to see youngsters at sessions pursuing their ham radio licenses, especially young ladies. While there are a lot of women in radio of all ages, it’s nice to see girls getting into radio at a young age. Radio is a place that tends to level all socioeconomic and cultural playing fields. A fellow ham is a fellow ham, period.

A couple of things have been nagging at the back of my head as of late. One is to get back to homebrew projects; get that 40 meter DSB finished and on the air. Another is to get back to studying CW, and of course build transceivers for more bands. Lastly, for now, is to get involved more.

With our QTH situation in flux for the next 6 months, it makes more sense to be involved in something less geographically ridged and that doesn’t require operating capabilities I don’t have right now or can’t build quickly and inexpensively.

Another thing I want to do before we change QTH is get back to the Bay Area Builders Club monthly meetings. Fortunately this one is just a matter of making the time to get over to the meeting. See you guys on Sunday 😉

No concrete plans, just some aspirations. For the moment that’s all I can muster. Life and the Day Job have been at the forefront but no playtime makes for cranky-pants, so I need to figure out a way to make some time. This post is one attempt at making some time.