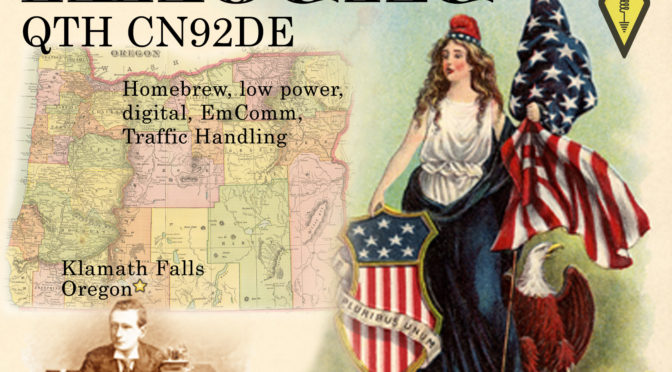 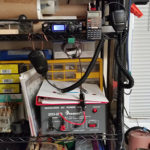 Mid May, two months since the last post. What have I been up to?

Of course, I have been doing the regular VE sessions, but other than that… Packing. Lots of packing. We have been planning on relocating for several years now but time has finally arrived that we are moving forward .

We don’t want to move in the winter and we don’t want to wait another year so… we are gearing up for a move sometime soon. One of the best ways to get ready is to start filtering through all of the stuff that has accumulated over the last 21 years we have been here.

As we shed truck-loads of stuff we just don’t need to Savers and Goodwill, we have been packing up the things we can do without for a few months. Having a bunch of other stuff on the brain, the ham shack, or most of it anyway, was one of the first things to get boxed. So for now, no electronics lab. Nearly all of my test equipment is boxed up. We are up to 40 boxes, filtering and packing more every day.

Lest you think I’m ignoring radio, I have been gearing up to be more active in ARES, RACES, NTS, Skywarn, and CERT by taking a lot of FEMA/DHS classes that are prereqs for various organizations. I am also scheduled to take a BLS class in two weeks which includes CPR, AES and more. I want to add a variety of EmComm instruction to my growing list of classes offered in the near future so I am ticking down the long list of prereqs and associated training.

In a somewhat side related area, I also recently acquired my Remote Pilot certificate with Small Unmanned Aircraft Systems rating. Basically, a commercial UAV pilots license in addition to my commercial airplane pilot certificate. This will allow me to do aerial photography and inspections for pay with a UAV/UAS. And what might I be taking pictures of and inspecting, radio towers???? Possibly.

Anywho, I wanted to post an update so you didn’t think I had abandon radio or the site. I just don’t have a lot to post about other than classes and ratings. I will be doing a mobile install of my FT-817 with a quad-band antenna sometime soon so I will plan on posting about that soon. I may also be posting some short subject videos in the near future as well.