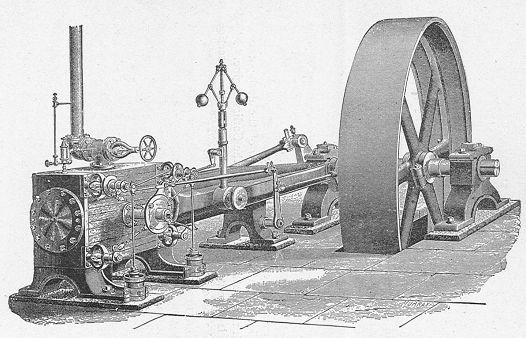 title on payment, infinite tinkerability, and anonymity. Three little things. That should be easy, right?

Technology has crossed many lines as it’s development has accelerated, but none so egregiously as title.

When a writer produces a book they hold a copyright on that intellectual property as does an artist with a work of art. These are reasonable expectations by in large. Software becomes a bit sketchy. When I “buy” a piece of software I understand that modifying it would relieve the producer of any liability in its use, and reselling it or a derivation would be in poor form, but why go after someone for modifying something for their own use? Software may be a bit gray for some, I will easily concede to that.

When I BUY something made by someone else the transaction should be complete. If some warranty was included in the purchase, upon the end of that term then the transaction should be truly complete. What is more likely the case, we are bound to a long list of obligations to the “proper” use of a product and inherit a slew of exceptions and controls from the manufacturers of component parts and assemblies.

The true nature if our “purchase” is most likely never completely revealed even by the fine print in that service agreement. You read yours, right? How about that TV you just bought? That TV busts all three of these. The manufacturer retains rights in perpetuity, including watching you and tracking your location and usage their product. Same thing goes for phones and computers along with many other new consumer electronics. The trend is to carry similar conditions of use on just about everything, this includes the largest consumer electronics device you own, that car has a computer in it. It also likely has a GPS, even if you don’t have access to it directly.

Oh, by the way, disabling or interfering with the devices ability to phone home to mamma is also not allowed. Not being a “criminal” in the eyes of these Orwellian manufactures is virtually, no pun intended, impossible.

There are ways to insist on title, but they are more difficult to attain as technology moves forward. Going back to older tech, before the Big-Brother attitude took hold is the easiest. Next would be to build your own equipment but that isn’t an option for many people. Until industry is forced by the consumer market to stop such practices the only other alternative is to not adhere to the terms of service, and these days, unless you exist in a SCIF it is unlikely you can prevent some devices from transmitting data back to the factory.

There once was a time when products were made to be repaired. I know, amazing isn’t it. What changed the world was industrialized manufacturing. Yes, it goes all the way back to the 1850s. It started with textiles and progressed into other trades ultimately reaching basic housewares.

With the advent of electrical appliances, things were still put together on assembly lines so a human had to actually assemble it meaning a human could ostensibly disassemble it or repair it. These days things are ether made by a robot, assembled from non-durable materials, or integrated into little Black Boxes that completely preclude even figuring out how the darn thing works at all. There is also the likelihood that more than one of these methods is used.

So what? You may ask. The problem is that it divorces us entirely form understanding how the products we use work, how it was made, what it “does,” it’s all just magic. The danger is that when power isn’t available for whatever reason or the device, haven forefend, stops working you are truly S.O.L. And if that dreaded experience happens at an inopportune time what will you do?

My first thought would be “No big, it’s just tech. Go old school.” But how many of us are ready to go old school for realsies. I recently found out they don’t make Thomas Guides anymore, they haven’t for years. If you had to travel 200 miles and didn’t have your GPS or Google maps how would you get there? Do you know the route? If a known route is blocked can you navigate around the disruption? Have you ever used a compass? Recently? Do you own one? How about a map? Seriously, I almost cried when I found out about the Thomas Guides I loved them, but I didn’t NEED them so I stopped buying them, apparently like everyone else.

So what does this have to do with tinkerability? It’s just one aspect of a device we use daily. Sure, I could replace a SIM card, battery, or even a damaged screen, but I haven’t got a clue about anything else in fixing my cell phone. It’s a magic Black Box. Consumer devices aren’t made to be tinkered with. If you can’t tinker how do you learn about how a device works, improve it, fix it, or diagnose when something goes wrong, or truly know what it is capable of.

Okay, most of the things a “smart” phone does you can be done without for a while, with a little planning. What about your car? Do the phrases “backyard mechanic” or “shade-tree mechanic” sound vaguely familiar? If not, well… buy some really good walking/hiking shoes. I aspire to working on my own vehicle regularly. Unfortunately I was recently reminded that my old ride isn’t old enough.

Any car with a computer is a pile of problems waiting to happen. The manufacturers of today have all conspired to make it very difficult for backyard mechanics, not just in repairing problems but in diagnosing them. There are so many sensors, many for “SMOG control,” that alter how your vehicle runs, without specialized diagnostic equipment there are things you just cannot do.

Case and point: My ride was having a problem with the Camshaft Position Sensor. It was replaced at Shop A. The check engine light persisted even with the new part. I have an OBD II reader to see, theoretically, what the problem is and what engine code is keeping the check engine light on. What that tool doesn’t tell you is when the mechanic that replace the part didn’t follow the proper procedure.

After months and lots of money at Shop B who had not reached a successful conclusion, they accidentally fixed the problem and had not realized and returned the vehicle to me and told me to go to the dealership because only the dealership had the right computer equipment to do everything required to fix the problem. All of this headache to get a PASS on a SMOG Check. It passed emissions, it was just the check engine light that prevented it from passing. (Gotta love California! NOT!)

I more than alluded to this earlier on. When I buy a product I don’t want it spying on me in any way, shape, or form, for anyone. It’s bad enough with browsers and the internet. I do not want my TV telling Amazon what movies or TV shows I watch on Netflix. Is a little privacy too much to ask for? Unfortunately, there is so much going on in the background of everything internet related you don’t really know who’s connected to who. Sadly, you can assume that everyone is connected to everyone else.

There are steps you can take to anonymize yourself, at least to some degree, but the philosophy of governing bodies, even those who purport to support freedom and democracy, take a dim view of people who value their privacy. Online, with encryption, and even improving your own firewalling and network security, which of course is a breach of your terms of service as well, so you must be a law breaker.

All three of these overlap back and forth in varying ways depending on the product, and they are all things that manufacturers are actively working to take away from you, the consumer. It’s all too easy to wax romantic of days gone by, but the fact is we live in a different time, and we have allowed companies and governments to get to this point. As they say, it’s easier to never give up a freedom than it is to reacquire it.

The more we all work to improve our title rights, demand tinkerability (and use it), and press for or impose anonymity, the market will have to give way. But it is up to us the consumer to make these demands.