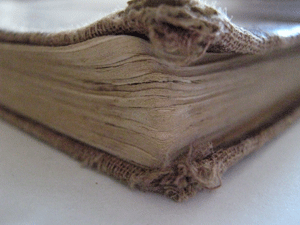 Now that I am done with Gavilan, life may resume. The last two and a half years has had us in a holding pattern of sorts. I had to finish the program to get my A&P so we sort of hung everything else up in the back of the closet like winter clothes waiting for next winter. I had vague goals, but no solid plans; there are still a few things to get done before I can write anything in stone, things like a BS in Aviation Maintenance Management at San Jose State, but we are well under way and gearing up for a productive year.

Since I will be back in school for a while, I am also going to get a few things done that have been in the back of that closet while I was at A&P school. One of the things we had been mulling around was consolidating our “stuff” which was spread about in several nooks and crannies around the complex. We moved everything from the scattered spaces down to the rec-room and went through it all chucking/donating things that we felt we could let go of, some good old fashion clutter reduction. Then we reconfigured a storage space so it could hold just about all of the “storage” stuff like the holiday decorations.

The next phase was to move my shop from the tiny closet-like space I was using to the back room where the storage area is. With two small side closets the space nearly doubles what I had, plus there is the additional benefit of a bathroom and access to a refrigerator, microwave, and coffee pot. My shop stuff has been moved over, but it is by no means done. That will be quite a while still. We also took the time to gather up all of the complex maintenance stuff that was scattered across several spaces and consolidated all of that into my old shop space. It has been a very productive holiday for both of us.

The first project on the list for the new shop space is a variation on the Roubo work bench. We picked up the lumber today and I will be able to start dimensioning it tomorrow. I should be able to get the bench top laminations started soon as well. This bench will be shorter than the average Roubo coming in at only five feet long, they are usually eight to twelve feet long, and it will tip the scales at about 350-400 pounds when all is said and done and the shelf under the bench will hold another 300 plus pounds of tools and materials. I am hoping it will be done some time next week, though it may run a little longer. There will be pictures and an article on the build.

This was the first project because it is needed to get any of the others on the list started. Woodworking without a decent bench can be done, but it is not nearly as much fun or expedient. It can be downright aggravating. I have several furniture pieces I need to build for the house and some for the shop so getting a good woodworking bench up and surfaced is a priority. For the house… book cases for the living room are first up, for the shop it is a toss-up between a large rolling tool cabinet or the jewelers bench. I need both to settle into the shop, but I am leaning towards the jewelers bench because I have several pieces I need to size or repair. I also need to build good sized half-enclosed rolling cart for the shop which will most likely come before ether of the others. The cart will also be a quick build made from plywood rather than board stock and should be up and serviceable in one day.

Speaking of furniture… We need to pick a basic style for each room, or for the house in general. I have been leaning towards Campaign style for a while; It is durable, compact, easily transportable, and can be finished out nicely. I am hoping Chris Schwartz over at Lost Art Press gets his book on campaign furniture done soon so I can get a copy hot off the press before I am ready to start replacing our furniture pieces around the house. We shall see.

That’s it for now.