Just got home from Maker Faire SF Bay Area. Pulled a double shift at the Ham Exam booth. 8am to 6pm and I only managed about 20 minutes away from the booth and about 15 minutes off my feet. This is not a complaint, I’m just saying…

I had a great time. We had 14 candidates throughout the day, so we did get a lot of STS time (Shoot-the-stuff) but we managed to stay busy most of the time.

Lots of chatting about VE stuff in the morning along with a generous helping of radio stuff mixed in. Mostly radio stuff in the afternoon. I even had a visit from a friend scoping out the faire. 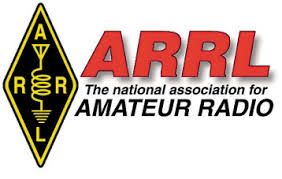 That’s all for the moment, but I do have a project coming up this week, a TNC to connect a radio to a computer for use with digital modes. More to come…

First week of may, and ain’t got much to say! 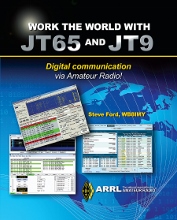 No build projects progressing, not much time OTA, none actually, but I have managed to get some reading in. I picked up a copy of one of the new ARRL books Work The World With JT65 and JT9.

Not bad, a short read, though I must admit, I don’t really see myself using the TJx mode any time soon. It looks like its pretty much a contesting mode. I’m not much interested in contesting until I get more of a station built up, and even then… I dunno. 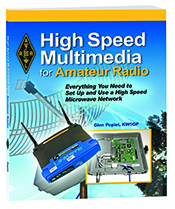 With some luck the UPS guy will bring me the also new ARRL book High Speed Multimedia for Amateur Radio book today. I still don’t have a TNC or HF radio up and running, but I do have some spare/old 802.11 units lying around… hmmmmmm…

There could be a project with HSMM on the horizon. 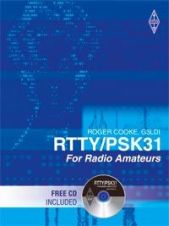 I also have a copy of RTTY/PSK31 for Radio Amateurs 2nd Edition on the way which I think will see more action in the near future than anything else. I have a USB/Serial cable and enough toroids and cabling that I might fourgo the TNC a little longer and build an interface myself just to see if I can get it up and running.

The down side is that I will still only be running whatever digital mode on 2 meter FM rather than SSB, but that will get resolved at a later date.

Also this month, Maker Faire is here in San Mateo and I will be working both the morning and afternoon VE sessions at the faire. More info is available on the SF Bay Area Maker Faire VE Session website.

One last thing. I’m not going to post it yet, but since we have been planning on relocating, I worked up a new QSL card to reflect the new location. Once we are confirmed with a new QTH and Grid Location I will post a preview of the new card. Speaking of which, if you would like a QSL from my current QTH email me with your address and I will send one out right away.

Oh, one more thing… I am back to studying for my RADAR add-on to my commercial license.

I guess I have been doing stuff. 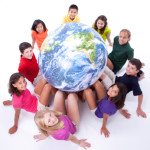 Going through Yahoo group posts this morning I came across something on the Ham Instructors group that caught my attention, a discussion on the demographics of new hams and whether or not the focus for recruiting should continue to be centered on the idea that children are the future of ham radio.

Many hams, maybe even most hams, share a basic story line. They got interested in radio as a pre-teen or teen, usually exposed to radio by family, friends, or social event. Most drift away from radio as they go through various stages of life when they are swamped with the normal stuff life tends to throw at us all, school, marriage, having kids, career, the usual. Later on as things settle down radio creeps back into their life. Some manage to get licensed during that early exposure, some end up waiting several decades before getting a ticket.

In my opinion, providing the young an opportunity to catch the radio bug is the best bet. They may never actually get an amateur radio license and their attention may turn down many different paths. But the likelyhood of that exposure being beneficial to the amateur radio community down the road in some other form is immense. They would at least have some understanding and appreciation for amateur radio and its benefits to the community at large.

While I think the positions presented in the Yahoo group and associated blog posts K0NR and KB6NU are certainly worth looking into in greater depth, I think there is a more pressing matter that may affect the future of amateur radio.

Why is amateur radio experiencing a huge upswing? Basic statistics show the upswing began in 2008 shortly after the FCC dropped the code requirement for all amateur licenses. Wheather or not that decision was good for the service I will leave alone for now.

My ham path followed a derivation the one I described above. I got interested in radio as a teen back in the 80s but didn’t get my license until I was 46, only in part because of the code requirement. My reasons for finally getting my license were centered on personal emergency preparedness, serving the community, and to have fun experimenting and building RF electronics.

As a Volunteer Examiner I participate in license exam sessions and it seems that the predominant reasons for taking the license exams generally follow along with the age ranges:

Retirees & Pre-retirees are either upgrading an existing  license, had a licence but it expired and are getting back into the hobby, or always wanted to but hadn’t gotten around to it till now. Or you could say, the story we are so familiar with.

20s & 30s seem to be engineering students or engineers, Makers who have projects that require a license, or preppers.

Teens and under seem to either be in a social program like a school club or scouting. A few come from dedicated ham families.

Pretty much what you might expect, but there are a couple that might have an effect on the ham future landscape. Two categories that could pose concern.

I’ll start with Makers. By in large these are folks who embody the early spirit of amateur radio, they like to build stuff. While they bring to the table that early spirit of radio, how many of them participate in the radio community? Are they here because of one project they might need to be licensed for, or are they going to keep renewing their license and play radio alongside other Maker pursuits? Either way, I am glad they are here now. They do indeed advance the science and art of radio. Down the road however the passing interest MakerHam may drop the Ham part altogether.

The other group is of particular interest, preppers. My hats off to them if they actually get licensed, many more don’t. It is common practice for prepper groups to buy cheap Chinese ham-band radios and use them regularly on FRS/GMRS radio frequencies which is illegal, at least when it is not an emergency, but they are much less likely to get busted for that than using amateur frequencies without a callsign.

One thing to consider is the term prepper. There is a massive range of people who consider themselves preppers that covers the entire spectrum from keeping some extra food and water along with a flashlight, first aid kit, and blanket, something we all should have at a minimum by the way, to the massive underground hords and compounds guarded by paramilitary groups.

Another consideration is, do they further the science and art? Do they participate? If so, welcome aboard.

I mention these two groups of people not to place judgement, but rather to ask if they are a part of the ham community. The reason for asking is, what happens if they don’t renew their licenses? There was concern that the ham community was dwindling away, leading to a loss of tribal knowledge. What happens when non-invested license holders don’t see the benefit of keeping an unused license? Or just forget about it?

Amateure radio has been experiencing an unprecidented growth spurt over the last 8 years. We still have two years to go before the early no-code era hams begin to cycle for renewal. I would imagine the first few years after the start of the second ten-year cycle won’t see much of an effect either way, but what happens in 2020? Will we start to see a roll-off?

In general, we seem to be more focused on recruiting rather than retention. Back in the day, the code requirement acted as a filter. People with only a casual interest in amateur radio were less likely to pursue it. While it worked fairly well as such, it also filtered out people interested in radio, just not cw. Now we have no filter at all. The only impediment to getting licensed is $15 and some time studying the relatively small question pool. You can be a Technician class licensee in short order.

In life, most things are more valuable when you have to pay for them, monetarily or by blood, sweat, and tears. Personal commitment to seeing it through establishes the value. This basic principle would indicate that removal of the code requirement and as some would say, lowering the bar on the knowledge test, the sweat equity has been removed or at least lessened thereby the value, at least the perceived value for the licensee.

So now we have several issues to contend with; keeping the number of licensees up, ensuring that they keep their licenses renewed, and keeping some level of commitment to the hobby and community at large.

Frankly, I have no idea how to accomplish any of these. I don’t think we have enough data. Too many things have changed in the hobby in the last decade and we still don’t have any results from what I think may be the most impacting factor, the dropping of the code requirement. In all honesty, I doubt if we can even begin to answer these questions until 2020 and the effects can be quantified.

In the meantime, we should continue to do as we have always done, inspire and encourage the youth, at any age. Encourage fellowship among the community, Elmer whenever possible, maintain the highest personal standards, and reach out and engage the radio community and the general community at large. 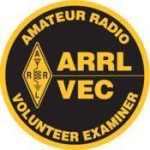 Today marks a first for me. Today was the first time I participated in an amateur radio license exam session as a Volunteer Examiner.

The session went well and I had the opportunity to help usher in several new hams to the Amateur Radio Service.

Also on the hit parade this morning was an invite/recruitment to work as a VE at the 2015 Bay Area Maker Faire in San Mateo. I will be working the Sunday, May 17th, morning shift and then floating around the faire, most likely with frequent stops at anything ham or RF electronics related. It should be a lot of fun. For more information see the Maker Faire Ham Test flyer (PDF).

If you are interested in getting your Amateur Radio license there are a lot of resources, but if I were to give only one link to get you going it would be ARRL.org/getting-licensed. As always if you have any questions send me an email, tweet, or message through any of the social media links up at the top of the right column on this page. I am always happy to answer questions.

A resource page for hams and hams-to-be is in the works.