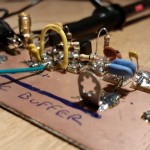 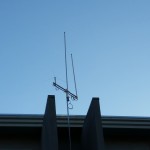 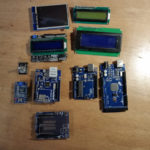 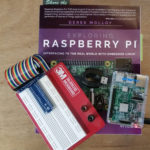 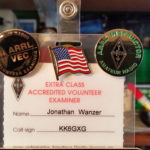 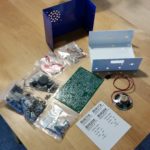 I was fortunate to recently have been gifted a BitX 20 kit by a friend and fellow VE. The kit came from QRPkits.com some time ago, I believe at least a year or so ago.

My intention was to build it for Field Day 2016. Sadly, while I was well on track to getting the radio built, 2 parts were missing from the kit. BS170 N-Channel MOSFETs to be specific. This put on the breaks for the final assembly and stopped me dead in my tracks with the finish line in sight. 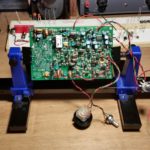 I have the parts waiting for me at Jameco will-call for Monday. Once I get them home, populating the remainder of the circuit board should take about an hour. Then its on to the initial tuning and getting the radio packaged up in its housing.

I will do a full project write-up in the Projects section soon, but for now just an update.

With the crystals in the kit it was easy to build a simple generator with parts on hand and while I only had 1 of the five crystals installed it was easy. By the next testing phase I had installed the remaining 4 crystals. Now I need one for the homebrew SigGen! (click the image for the circuit diagram)

Off to HSC Electronic Supply for some 11 MHz crystals.

This project will also get a write-up in the Projects section soon. This one in in particular has a lot of use in checking unmarked crystals as long as they are between 1 and 20 MHz and is a great foundation piece for beginning builders. 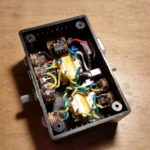 Before I got started on the BitX I was working on getting my Baofeng 2m/70cm HT on digital. I found a couple of designs for a homebrew TNC and set out to make that work.

Because of the way the PTT key works on the Baofeng I haven’t been able to make the TNC work with the HT but it should work fine with my 40 meter QRPme.com Splinter II and the BitX 20.

A full write-up post is coming on this one too.

Look for all three of these in the Projects section for full details on the builds coming soon.

It’s been a long time since I posted, and most of that time I have been working on non-radio stuff. Now that I am back in the swing of things I have more time for radio stuff so I should be able to post more, and make updates to the Projects pages

As soon as the BitX 20 is up and running I plan on getting the Lafayette working again and get back to the Beach 40 DSB. Another Field Day has slipped through my fingers. I don’t plan on that happening again!